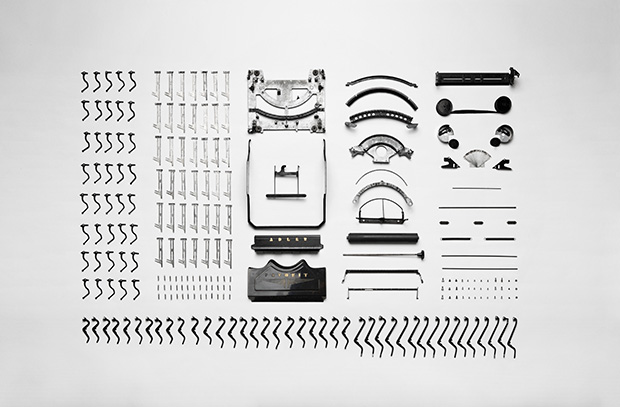 You've got an interview and you've found out an exam will be given to you. All that you've been told is that, at some point of your choosing in the next few weeks, you'll be given 4 hours to ingest and operate on a sizable data set using your programming language of choice.

This is scary. You're worried your background isn't terribly extensive. Since you're moving into the data science field, you aren't sure what they'll ask. And when you do the actual work, you're worried you'll do the wrong thing or at best code something inefficiently. So you decide to study, but you're not sure what to actually study and you don't want this studying to overshadow all of the other pre-interview preparation you are doing.

What if you didn't have to worry about the data science project exam?

You wouldn't worry about the data science project exam if you were already expecting and were excited to do it because it would be a great chance to show off your awesome skills. You'd look forward to taking the exam because it would set you apart form everyone else interviewing. And having studied the job ad, the company, and the industry, you would know with almost certainty what it would cover so you would walk into it with a plan of ideas that you want to try.

By having the system in place, knowing the industry, and knowing the potential questions they'll ask - you'll know exactly what to study and practice. And because you've put together a data science portfolio, you'll already have been practicing for this type of examination ahead of time. This will leave plenty of other time to prepare for other parts of the interview because all of the work you've done ahead of time. Which means you're perfectly prepared for the interview.

Instead of being worried about what the exam will entail, relax and follow this system

To nail the Data Science Project Exam part of the interview, do these four steps:

The exploratory kind of exam will be more concerned with your ability to get the data, load it, and explore it. You'll be expected to do some basic data manipulations and simpler statistical measures. Additionally, you may be asked to create some visualizations and come up with interesting thoughts about the data, what is missing from it, what other aspects you would care about, and what you found.

The exploratory kind of exam will be more concerned with your ability to model some process found within the data. This will be heavy on modeling and statistics and you'll be expected to complete an end-to-end walk-through of how to prepare, plan, perform, test, and deliver the model based on the data. Additionally, you may be asked to use differently modeling techniques and give a pros vs cons of one technique versus the other.

The combined kind of exam will be concerned with your ability to do exploratory work as well as modeling work. Since it is a combination of both kinds, you'll be expected to provide more work which shows your thought process and critical thinking behind the decisions that you make. This type of text, is basically asking you do to the full data science process. From the munging of the data, to the modeling, and then to the presenting of the data.

How to figure out if the project exam will be exploratory, modeling, or combined

Now that you know which kind of project you'll be given, come up with a system

For 99% of the work that is done out in the world, there is nothing new under the sun. Unless you are being hired to produce original research, there is a very big chance that you'll be doing work that someone somewhere has produced successfully before. Don't let their effort go to waste! Research and find some systems people have used for exploratory work, modeling work, or a combination of both. Depending on which type of interview project exam you think you'll be given, find a system that works for that. The key to your system is that it should be simple, clear, and easily rememberable.

Practice is the best way to learn if your system works, if you find interesting things, and if you are able to produce something interesting, insightful, or at least "not wrong". The first 2 or 3 times you do it, you'll find that you missed a step or that you spent too much time on a particular step. Not to worry, try again and see how it goes. As we talked about in these two articles: How You Should Create A Data Science Portfolio That Will Get You Hired and How To Choose A Data Science Project For Your Data Science Portfolio, use data, tools, and techniques from the job ad itself. This will ensure you are working on the "right" things with the "right" tools and the "right" data for the specific data science jobs that you want.

You came; You saw; You conquered

Doing these four steps will mean that you are ready to take on the data science project exam. Not only that, you'll do great because you will have been practicing exactly what they'll be testing. And because you cared enough about the process to really think about what they want and what they want to figure out if you know, you'll be ahead of the game. You'll get a chance to showcase your awesome skills. And because as they say - "the best way to become a data scientist is to do data since", this will aid in the pre-interview preparation for all the other sections. And with this preparation, you'll be perfectly prepared for the interview.

To that end, it's time to get started with the first step! Go out today and start looking at data science job postings to see if there are any that you like. If you find one or a few, read through them a few times to figure out if they are the type of job to give you an exploratory project exam, a modeling project exam, or a combination exam. Then practice, practice, practice!